How many non-religious people are there?

According to the British Social Attitudes Survey (BSAS) over half the population of the UK are non-religious (52% in 2018). This figure has grown steadily over the past 40 years.

The BSAS also reveals significant diversity between age groups, with a greater proportion of young people describing themselves as non-religious (64% of those aged 18-24 years). This might lead some people to the conclusion that people become more religious as they get older, but other research does not appear to show that. For every person brought up in a non-religious household who becomes religious, 19 people travel in the opposite direction. Each generation is becoming less religious than the one before. 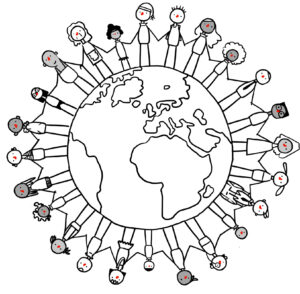 Around 5% of the UK population self-identify as humanist. However, many more hold humanist beliefs when asked whether they believe in a god, how they make ethical decisions, and whether they look to science or religion to understand the universe around them (surveys show this is probably around 20% of the population).

Many of those who hold humanist beliefs and values don’t use the word ‘humanist’ to describe themselves because they are unaware of the label or what it means. When the meaning of the label is described to them, many, but not all, are happy to apply the label to themselves.

Today, humanists can be found all over the world – in Europe, Asia, Africa, and the Americas. Humanists International has member organisations in over 60 countries.

For more information on how many humanists there are see our resources in the data area.