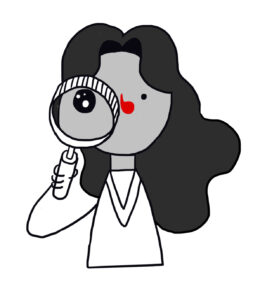 Roughly speaking, the word humanist has come to mean someone who:

The fullest definition to have a measure of international agreement is contained in the 2002 Amsterdam Declaration of Humanists International (see below). Some others include:

‘…a commitment to the perspective, interests and centrality of human persons; a belief in reason and autonomy as foundational aspects of human existence; a belief that reason, scepticism and the scientific method are the only appropriate instruments for discovering truth and structuring the human community; a belief that the foundations for ethics and society are to be found in autonomy and moral equality…’

‘An appeal to reason in contrast to revelation or religious authority as a means of finding out about the natural world and destiny of man, and also giving a grounding for morality… Humanist ethics is also distinguished by placing the end of moral action in the welfare of humanity rather than in fulfilling the will of God.’

‘Believing that it is possible to live confidently without metaphysical or religious certainty and that all opinions are open to revision and correction, [Humanists] see human flourishing as dependent on open communication, discussion, criticism and unforced consensus.’

‘That man should show respect to man, irrespective of class, race or creed is fundamental to the humanist attitude to life. Among the fundamental moral principles, he would count those of freedom, justice, tolerance and happiness… the attitude that people can live an honest, meaningful life without following a formal religious creed.’

‘A non-religious philosophy, based on liberal human values’

Humanism is the outcome of a long tradition of free thought that has inspired many of the world’s great thinkers and creative artists and gave rise to science itself. The fundamentals of modern Humanism are as follows:

Our primary task is to make human beings aware in the simplest terms of what Humanism can mean to them and what it commits them to. By utilising free inquiry, the power of science and creative imagination for the furtherance of peace and in the service of compassion, we have confidence that we have the means to solve the problems that confront us all. We call upon all who share this conviction to associate themselves with us in this endeavour.