What is and isn’t a non-religious worldview? 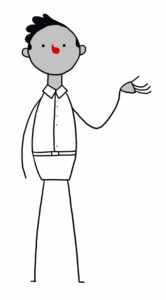 ‘The English word ‘worldview’ is a translation of the German weltanschauung, which literally means a view of the world. A worldview is a person’s way of understanding, experiencing and responding to the world. It can be described as a philosophy of life or an approach to life. This includes how a person understands the nature of reality and their own place in the world. A person’s worldview is likely to influence and be influenced by their beliefs, values, behaviours, experiences, identities and commitments… Worldviews encompass many, and sometimes all, aspects of human life – they influence how people understand what is real and what is not, how they decide what is good and what to do, how they relate to others, and how they express themselves, to name but a few examples.’

Religion and Worldviews: The Way Forward, Commission on RE (2018)

The Commission on RE’s (CORE) final report Religion and Worldviews concluded that programmes of study should draw from both religious traditions and non-religious worldviews and defined the types of worldviews to be studied in RE as those that ‘make ontological and epistemological claims (claims about the nature of reality and how we know things) as well as political and moral ones.’

One way of distinguishing non-religious from religious worldviews is to consider whether they contain a belief in a life or world beyond this one and where they locate the source of life’s meaning and values.

‘Firstly, religions all promote, as the philosopher Hector Hawton called it, some kind of a two-world theory. They all hold that, beyond this material sphere, that we now inhabit, there is another place. They differ as to what is to be found in that space, but they hold that what is there is important, whether heaven or hell, gods or Nirvana, secret wisdom or celestial spirits. Secondly, all religions locate or underpin or justify at least some of their values or their claims about the meaning of human life in entities and explanations outside of humanity.’

For many humanists, what makes a worldview non-religious is that it locates knowledge, meaning, and value in the human and natural world with no reliance on anything beyond it.

Humanism is a non-religious worldview. Humanism makes claims both about the best way to understand the world and how we should live and treat each other. Humanists believe the world is a natural place, with no supernatural side, and that science and reason provide the best guide to understanding reality. Believing this is the one life we have, humanists believe that we have the freedom and responsibility to shape our own lives. They believe morality is about improving wellbeing and flourishing in the here and now and make their ethical decisions based on reason, empathy, and a concern for human beings and other sentient animals.

Atheism is not a worldview. It is an answer to the question of whether a person believes in a god or not. Atheists rarely claim certainty. Typically, rather than arguing that the existence of a god or gods is impossible, it is their view that it is highly improbable. They see no good or persuasive reason to believe. Knowing someone is an atheist does not tell you anything else about that person’s wider worldview. It is possible for an atheist to have a humanist approach to life, and many who adopt the label ‘atheist’ will hold a humanist worldview whether they use the word ‘humanist’ to describe themselves or not. However, it is also possible to be an atheist and reject humanism. For example, one can be an egoist atheist, a postmodernist atheist, a spiritualist atheist, or a nihilist atheist. Some people with a religious identity might also be atheist – they perhaps feel a sense of cultural belonging to a particular religion but they don’t believe in a god (e.g. a Jewish atheist). Many of these may have a very humanist approach to life but others might not.

Agnosticism is not a worldview. It is an answer to the question of whether a person believes we can know whether a god exists or not. Many people describe themselves as both agnostic and atheist: they accept that one cannot know for certain, but also to choose not to believe and live their life as though there were no gods. However, some people use the term ‘agnosticism’ to indicate a general attitude of indecision on matters of belief. Like with the label ‘atheist’, knowing someone is an agnostic, does not tell you anything else about that person’s wider beliefs or behaviour.

Secularism is not a worldview. It is often mistakenly equated with atheism. However, secularism (as understood by secularists) is a political position. Secularists typically see secularism as comprising three parts:

Again, knowing someone is a secularist tells you little about that person’s wider worldview. Most humanists will be secularists, but so will many religious people. In that sense it is not a non-religious position, but a position outside the whole religion/non-religious frame.

None of the above denies that concepts such as atheism, agnosticism, and secularism have a place in young people’s education about worldviews. However, these concepts cannot be studied as worldviews and it’s important that in the classroom we do not present them as such.

There is a further complication, however. The Commission’s report also highlights the difference between institutional and personal worldviews. (Humanists will typically reject the label ‘institutional’ as humanism has no institution or structure of authority. However, it can be considered to fit the Commission’s understanding of the term, being a worldview shared by many with a long history and influence on society and culture.) Individuals may sometimes describe themselves as personally holding an ‘atheist worldview’ or a ‘secularist worldview’. In such cases, teachers would do well to encourage students to investigate through wider questioning whether the individual’s worldview maps closely to any particular institutional worldviews (e.g. humanism, Buddhism), adopts elements of more than one, or is something completely different.

There may be other non-religious worldviews. However, while undoubtedly interesting, they are not widely followed in the UK. These might include Confucianism, non-religious existentialism, modern Stoicism and nihilism. Some people argue that nationalism, capitalism, and communism are also worldviews. However, these do not so easily fit the CoRE’s definition. This does not mean that they are not worthy of study, but questions exist around whether the subject of Religion and Worldviews is the best place to study them.