The case for including humanism in RE 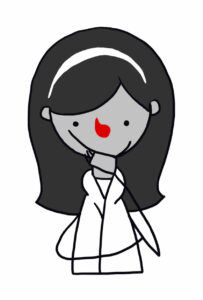 Learning about humanism supports young people to develop a knowledge rich understanding of the diverse landscape, history, and influence of religion and belief; it facilitates better understanding between people from different backgrounds; and it can contribute to the personal development of young people exploring their own worldview.

Humanism is a fascinating area of study that contributes to an academically rigorous curriculum. Studying it allows young people the opportunity to explore over 2500 years of the human endeavour to understand our world and ourselves from a non-religious perspective. Humanism has had a significant influence on the beliefs, behaviour, and values that exist around the world today, and humanist thinkers and ideas have played a key role in our cultural heritage and national identity. Humanist thought has helped to shape the nation in which we now live, from the foundation of the welfare state to the way we approach death, from our social values to our literature and art.

Including teaching about humanism in RE makes the subject inclusive and relevant to all students. It ensures non-religious students do not feel excluded. Exploring non-religious as well as religious worldviews helps ensure a broad and balanced education and supports the goals of mutual understanding and social cohesion. It can help enable students to recognise, appreciate, and celebrate diversity. Just as it’s important that non-religious students are aware of the beliefs and practices of religious people, students from religious backgrounds need to develop an understanding of what it means to be a humanist.

Teaching about humanism also supports the spiritual, moral, social, and cultural (SMSC) development of young people and their understanding of fundamental British values (or ‘human values’ to many humanists). In many schools, RE represents the main opportunity for young people to explore questions of meaning, values, and ethics; it would be neglectful not to include non-religious perspectives on these in a manner comparable to religious perspectives.

In November 2015, in a judgement handed down in the High Court of England and Wales, it was ruled that the Government had made an ‘error of law’ in leaving non-religious worldviews such as humanism out of the new Religious Studies GCSE. The ruling declared ‘the state has a duty to take care that information or knowledge included in the curriculum is conveyed in a pluralistic manner… the state must accord equal respect to different religious convictions, and to non-religious beliefs; it is not entitled to discriminate between religions and beliefs on a qualitative basis’. This meant a requirement to include humanism in the RE curriculum.

In Wales, the new legislation behind the Curriculum for Wales makes it clear that students should learn about both religions and non-religious philosophical convictions such as humanism.

As part of its research review into religious education (2021), Ofsted made it clear that the subject requires the inclusion of both religious and non-religious worldviews:

‘If pupils are to make sense of the ‘bigger picture’ of a multi-religious, multi-secular world, then they need depth of knowledge about religious and non-religious traditions.’

And that teaching about humanism should include more than simply an exploration of atheism:

‘It is important for subject leaders in primary and secondary schools to plan precise and accurate representations of religious and non-religious traditions in their curriculums. When those representations are inaccurate, pupils end up having misconceptions. For example, if subject leaders plan for pupils to learn about humanism only in relation to atheism, pupils will not gain wider knowledge of humanism as a way of life.’

The 2018 British Social Attitudes Survey records 52% of the population and 64% of 18-24 year-olds as having no religion. Including non-religious worldviews in the RE syllabus ensures they do not feel marginalised or excluded as a result of their beliefs.

Support from the RE community

Following research into the views of teachers, parents, and students, The Commission on RE’s final report Religion and Worldviews: The Way Forward called for inclusion of humanism in RE.

‘Programmes of study must reflect the complex, diverse and plural nature of worldviews. They may draw from a range of religious, philosophical, spiritual and other approaches to life including different traditions within Christianity, Buddhism, Hinduism, Islam, Judaism and Sikhism, non-religious worldviews and concepts including Humanism, secularism, atheism and agnosticism, and other relevant worldviews within and beyond the traditions listed above, including worldviews of local significance where appropriate.’ (Page 13)

Religion and Worldviews: The Way Forward (2018)

This position is supported by the Religious Education Council of England and Wales.

‘The phrase ‘religions and world views’ is used in this document to refer to Christianity, other principal religions represented in Britain, smaller religious communities and non-religious worldviews such as Humanism. The phrase is meant to be inclusive, and its precise meaning depends on the context in which it occurs, e.g. in terms of belief, practice or identity.’ (Page 11)

A Curriculum Framework for Religious Education in England (2013)

A number of other recent reports into RE have also called for the inclusion of humanism and non-religious worldviews.

‘Religious Education should move ‘towards a situation in which RE has to cover a wider range of religion and belief … including the study of humanism.’ (Page 39)

A New Settlement: religion and Belief in Schools, Charles Clarke and Linda Woodhead (2015)

‘The content of many syllabuses is inadequate… a great many fail to include non-religious worldviews, for example humanism, and do not deal with competing truth claims. They do not, that is to say, deal with the full spectrum of religion and belief issues.’ (4.15)

‘We recommend that suggested content should reflect the real religious landscape, as revealed by cutting edge theory and data, and should always include:

RE for Real, Goldsmiths, University of London (2015)

Humanism is now included in many locally agreed syllabuses around the country. Even where humanism is not explicitly on the syllabus, many teachers are keen to include a humanist perspective. Demand for resources, training, and support with teaching about humanism has increased significantly over the past two years with over 50,000 people visiting the Understanding Humanism education resources website in 2020, a ten-fold increase since 2016.